MISSION: Friends of the Tybee Theater, Inc., is a 501 (3) (c) non-profit corporation formed in 2001 and dedicated to restoring and operating the Tybee Post Theater as a performing arts and cultural center that is an integral part of the island community, enhances the cultural experience, encourages and attracts visitors, and improves the overall quality of life.

The Historic Tybee Post Theater is located at the heart of the Fort Screven Historic District at the north end of Tybee Island. Fort Screven was once home to a military base that was active from the Spanish-American War through the end of World War II. The Post Theater was constructed in 1930 by the U.S. Army as a movie house for the soldiers stationed at the Fort and was the highlight of recreational activities for the soldiers and their families and friends on the island. Built in red brick with white wooden cornices in a modest Greek revival style, the Fort Screven Theater, significantly, was one of the first theaters in the state equipped to show “talkies.” Through the years, the Theater attracted such famous patrons as base commander Gen. George C. Marshall and his wife, future President Dwight Eisenhower and Savannah’s famed composer Johnny Mercer. Officers and their families had reserved seats on the three back rows.

At the end of World War II, the military base was declared surplus and sold to the City of Savannah Beach, now Tybee Island, which in turn auctioned its land and many structures off to the public. Today, the Fort Screven district is an interesting mix of historic military quarters, concrete batteries, quaint cottages, new condominiums and the site of the historic Tybee Island Light Station. One of the most important remaining buildings is the Post Theater, which was operated as the Beach Theater by the family that owned the Lucas Theatre in Savannah until the mid-1960s, when the birth of the metroplex lured islanders to Savannah and the Beach Theater went dark. This important building stood vacant for the next 30 years, changing hands several times, and suffering a devastating fire which destroyed the wooden stage and much of the roof. In 1999, a developer applied for a demolition permit.

Fortunately, the City of Tybee Island realized the significance of the building and stepped in to try to save it, taking out a temporary lease on the property. Then the Tybee Island Historical Society purchased it in 2001, permanently saving it from destruction. That year, the Friends of the Tybee Theater (FOTT) was formed by a group of concerned Tybee citizens as a non-profit organization dedicated to the restoration of this precious asset. Together they launched an extensive cultural assessment and planning process and in 2006, Friends of the Tybee Theater purchased the building from the Historical Society and embarked on a mission to reopen the Tybee Post Theater and give voice, once again, to this historic treasure. And over the next 15 years, the non-profit organization worked tirelessly to raise the funds necessary to restore and reopen the Theater. The City designated $350,000 in SPLOST funding to be used in 2008 to refurbish the walls, recondition the steel roof structure and install a new roof. Later that year, FOTT won a historic preservation grant to install new doors and windows. In 2012, with the help of a City of Tybee Island loan and the generous support of individuals and foundations and drew plans for the final restoration of the auditorium.

In 2015, the theater restoration was completed, with air conditioning, seats, a gorgeous stage and an office upstairs. A Georgia Council of the Arts grant helped recreate the historic marquee and box office. The City purchased the sound, lighting and projection equipment, which it leased back to the Theater. And, finally, a commemorative engraved brick plaza and walkway was built to welcome the community back to this beloved historic landmark. 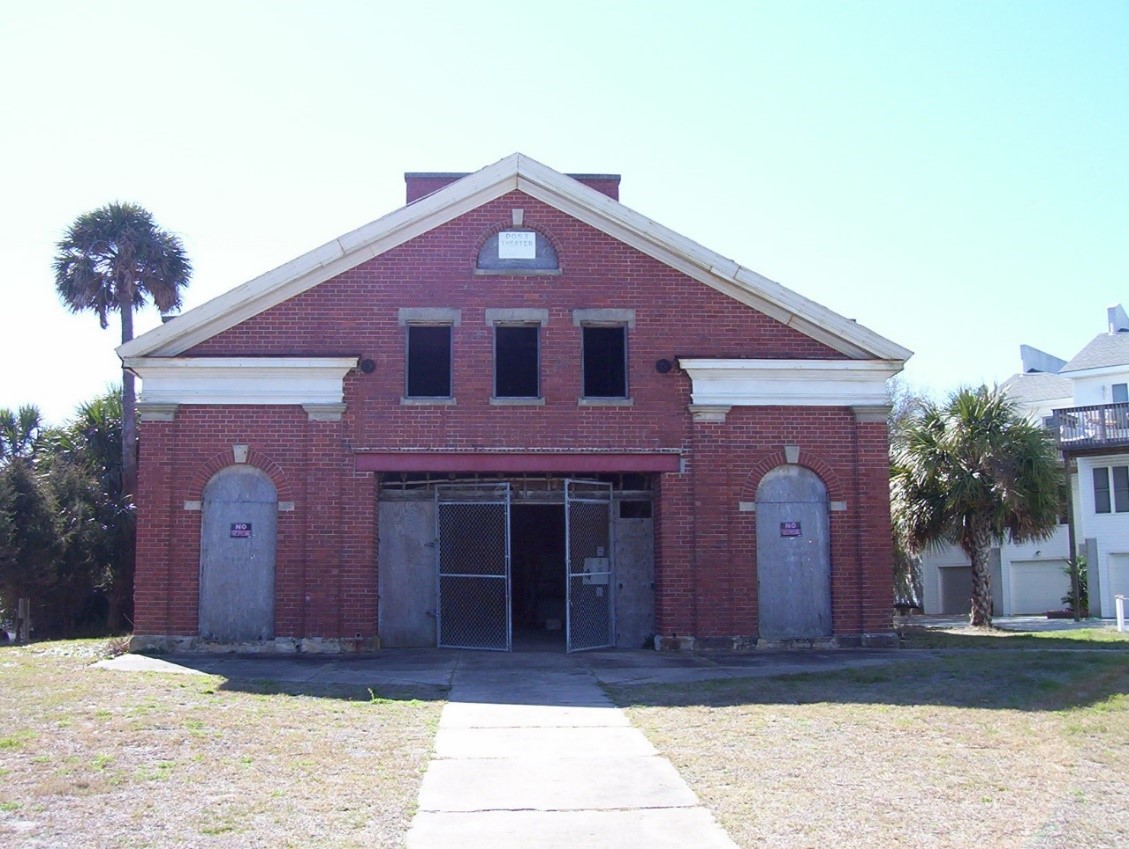 The Tybee Post Theater is actively recruiting for all of the positions posted below. Once a candidate is selected, the posting will be removed from the website.

Only candidates who best match the requirements of the job will be contacted. Due to limited staff resources, phone calls cannot be accepted or returned.I

The Tybee Post Theater is a 206-seat historic theater that will offer professional quality projection, sound and lighting equipment, marketing services, a professionally-run online box office and an experienced staff dedicated to helping you create an excellent event or production. We can also offer you our beautiful grounds a block from the Atlantic Ocean for a pre- or-post-event reception.

The Post offers a range of rental rates, including special discounted rates for non-profit organizations offering community events. We also offer customized rates to include whatever services you wish to use.

The Post Theater is a unique historic venue in a remarkable setting perfect for your event, including the following:

Performances of all kinds, including plays and musicals, concerts, comedy, dance, and variety shows

For all your lodging needs, turn to the Official Hotel/Motel Partner of the Tybee Post Theater, Hotel Tybee, serving island-style Southern hospitality since 1889.